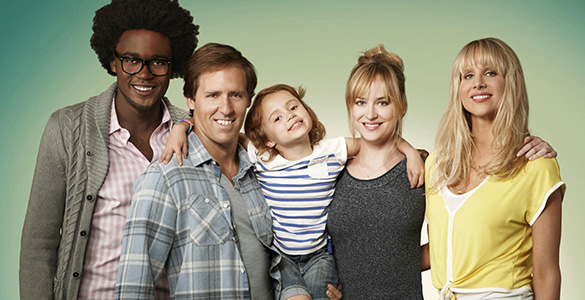 Fox has unveiled trailers for its five new shows, three which debut fall 2012, and two that are being held for midseason.

On Monday nights at 9/8c (the spot currently occupied by House) comes new medical drama with a mafia twist, The Mob Doctor:

This preview makes me a little more interested in the show than I was originally, but I think it will still fall into the “probably is worth watching, but I watch too much already” pile. I like how they highlighted the initials of the show, MD, at the end of the trailer.

On Tuesdays at 8:30/7:30c will be new comedy Ben & Kate, about two very different siblings:

This show sounds funny and heartwarming. I don’t know that it will be up to the level of some of the other comedies I watch, but I think it’s something I’ll enjoy as long as it lasts.

On Tuesdays at 9:30/8:30c comes Mindy Kaling’s new project, dubbed The Mindy Project, about an OB/GYN navigating life and love:

From the trailer, it looks like this show might become too self-indulgent, focusing on Kaling instead of building an ensemble cast around her (something its lead-in show, New Girl, suffered from at the beginning but quickly fixed). It was nice seeing the Ed Helms cameo, though.

During the midseason comes The Following, about a retired FBI agent brought back in to catch the serial killer he put away once:

I was impressed by how this trailer interested me, but I still doubt I’ll watch it. Interesting twist about the serial killer training other serial killers that the FBI now has to go after.

Also midseason will be The Goodwin Games, from How I Met Your Mother creators and starring HIMYM’s Becky Newton, about siblings competing for the family estate:

The board game premise of the show might be a little flimsy if this wasn’t about siblings, but I think they will make it work.