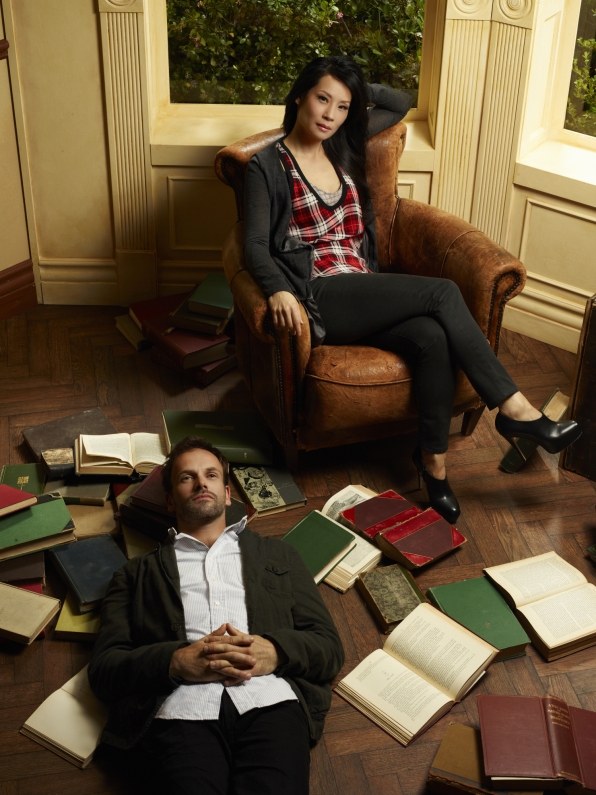 I couldn’t resist sharing this awesome promo pic for CBS’s upcoming drama Elementary. Now that BBC’s Sherlock, Benedict Cumberbatch has wished the show well and showrunner Rob Doherty has taken will they/won’t they melodrama off the table, the future looks even brighter for this modern take on Holmes. Adding the fact that the only scripted broadcast competition the show will get in its Thursdays at 10 timeslot is the lukewarmly-received Scandal, and I think its nearly certain CBS has a hit on its hands.