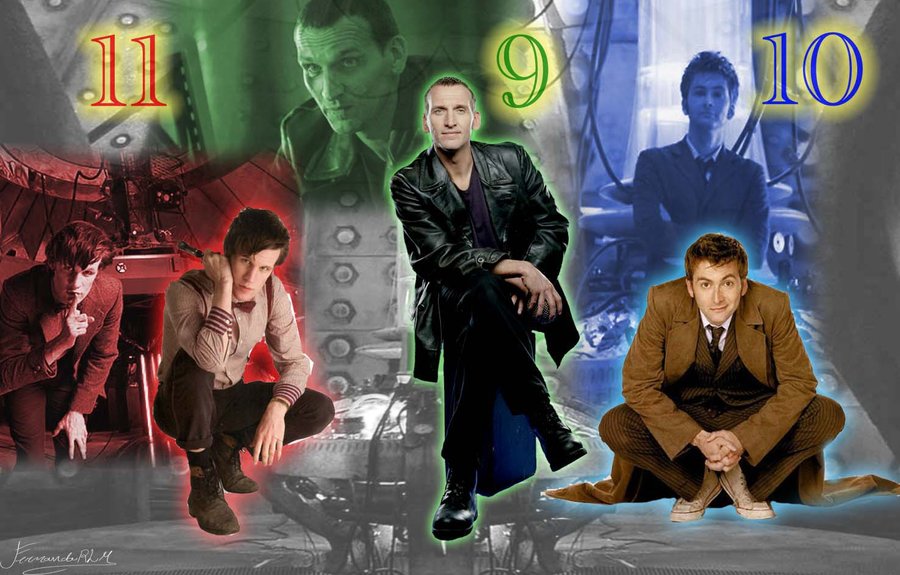 It’s hard to believe it’s been 9 years since Doctor Who returned to TV with the airing of “Rose”. The modern show feels like such a part of British culture that I can’t imagine the BBC without it.

It’s also difficult to realize that it’s been less than 18 months since I got into the show. Like with my first watching of Buffy the Vampire Slayer, I was initially so-so about the show, a bit put off by the weirdness (whether aliens or vampires) and the cheesy special effects. Then the characters started to grip me, a plot twist blew my socks off, and the show became my new favorite!

I haven’t blogged much about Doctor Who since catching up with the modern show, thanks to a busy job and dying computer. And now that I have no job and a new computer, there are no new episodes to blog about. But that hasn’t meant that I’ve not been sharing my love of Doctor Who with the world. Just check out my British TV board on Pinterest, nearly 3,000 pins strong and focusing mostly on the Doctor (be wary of Doctor Who and Sherlock spoilers if you’re not caught up!). I also have a lot of Doctor Who on my Tumblr. I’ve introduced the show to many people and have started to collect quite a bit of DW-related paraphernalia.

Here’s a promo from the first series of the rebooted show – I would have loved the chance to watch this when it first aired!

What is your opinion of Doctor Who?