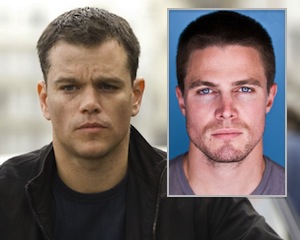 After a superhero-less year (thanks to the cancellation of Smallville, The Cape, and No Ordinary Family, the only superheroes on TV were SyFy’s Alphas this past summer), it’s nice to see interest in the CW’s Arrow. I like that the pilot will have a Bourne feel, though I’m wondering if the network is planning to replace Nikita with this. Since the Green Arrow is more along the lines of a Batman sort of hero, I’m guessing the grittiness, fighting, and cool gadgets will be on par with Nikita’s. The only good thing (for Nikita at least) about Arrow’s buzz is that the CW may not want to exile the show to Fridays, leaving Nikita to keep its Supernatural lead-in spot.