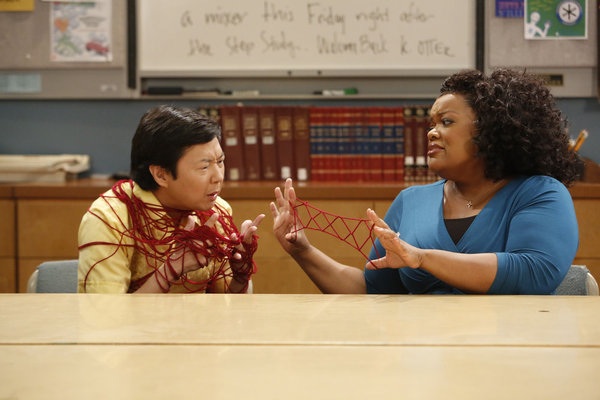 Returning seasons of Community and Whitney have been postponed – and NBC hasn’t said when they’re coming back. This could actually be good news for either or both shows, as some new NBC comedies (Guys With Kids and Animal Practice) aren’t doing so well. I recently speculated that there might be some comedy rearranging on the network, and I hope Community will get a chance to flourish on Wednesdays instead of being shuffled off to a Friday death slot or being forced to compete with the hugely popular CBS hit, The Big Bang Theory.

I expect we’ll get some news after Wednesday’s ratings come in for Guys With Kids and Animal Practice. In the meantime, Grimm repeats will continue to air on Fridays at 8.