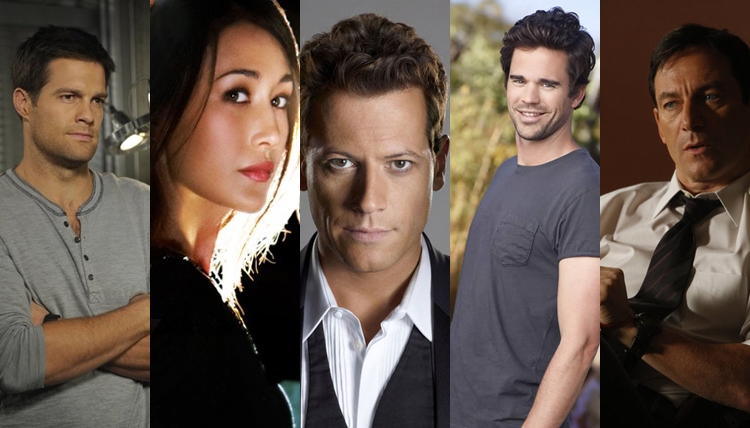 I’ve watched the ratings and predictions, and it seems like many of the shows I love are coming back next year. But there are a handful of shows that seem headed toward cancellation that I’m hoping against hope will beat the odds and get another shot. These aren’t shows that have been yanked from the schedule (like Free Agents), or that spent a lot of time in the danger zone, yet got renewed (like Fringe) or will likely be renewed (like Community). These are shows that most TV experts consider “bubble shows” or “long-shots” or “beyond hope.” I do think perhaps one of them will be fortunate enough to get a renewal; I’d be very happy if 2 or more made it.

UPDATE: I was correct. One – and only one – of these shows did get renewed: Nikita. Which if I’d had to guess which one might make it, I would have chosen.

Here are the shows, in no particular order, that in my perfect dream world would be coming back in 2012-2013:

This is the show that got me to take the CW seriously for the first time. It perfectly filled the void left by Dollhouse’s cancellation (except for the mind-bending stuff). I love the “family of rogue agents” that has formed in this second season. Most recent spy shows have a lighter, humorous feel. This show manages to remain dark, but still be awesomely fun to watch.

I started watching this show because of the intriguing premise and because I was curious to see what Sarah Michelle Gellar was like as not-Buffy. I stayed because of Ioan Gruffudd. I’d seen him in several movies (102 Dalmatians, Amazing Grace, Fantastic Four), but I didn’t fall in love with his acting until this show. It was nice to have Veronica Mars’ Jason Dohring around again too. The show was almost too twisty (I found myself saving up several episodes to watch so I could avoid agonizing cliffhangers), but it was very engaging and always kept me wanting more.

My brother thought this show was on USA Network, and the humor on it matches the tone of that network perfectly. Walter could be Shawn Spencer’s long-lost cousin. I just love how zany and lighthearted and pure fun this show is. Plus it’s much more flexible than typical crime shows – finding things can take you anywhere. It’s also nice to have Bones characters dropping by occasionally.

I’ll admit, this was much more of a crime drama than a mind-twister than I was expecting. Still, it’s excellent, and piecing clues together from different worlds adds a great new dimension. I realize you can’t give away the entire “story behind the story” in the first season, but I really want to know more of what’s going on. Hopefully the show will get a second season (even if abbreviated) to dive into things, like Dollhouse was able to get.

This under-promoted comedy won my heart by the first episode. It’s not just the two leads, who have great chemistry, it’s the entire fun family formed by Alex’s daughter and sister, and Pete’s dad and crew. I couldn’t wait to see where their adventures would take them next.