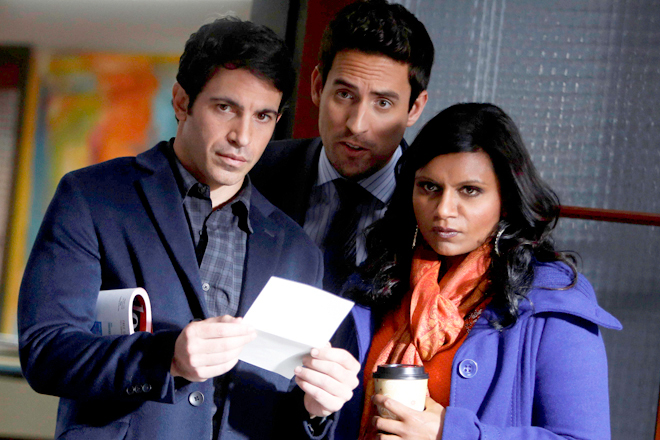 Networks have cleaned house, and their cancellations means more time for me to watch other shows. But as I don’t have time to watch my current shows, and there are a bunch of new shows debuting next season, which ones will have priority?

I’m holding off on most decisions for new shows until we get a bumper crop of promos during this week’s upfronts. And since I did a decent job at choosing shows this past year, I’m not going to gain many extra hours. I didn’t lose any shows from CBS and the CW, and only one from Fox (Ben & Kate). NBC freed up some sitcom time by canceling 4 new comedies I enjoyed and ending The Office; they also got rid of Smash, but since I’ve only made time for an episode or two this season, it doesn’t really help. ABC got rid of two comedies I liked and a drama I abandoned early on. So in reality, with shows canceled early and ones I fell behind on, I’m only gaining about 2 hours of TV time to put toward new shows, and one of those is already devoted to Agents of SHIELD.

Below is a rough categorization of which shows I will be keeping up with more stringently and which I will be letting slide. A lot of factors are going into this, so it’s not just which shows I like best. CBS and NBC are the only two networks I get on my main TV, so those are more likely to be watched live. Live TV brings promos for other shows on the network, so to avoid spoilers, I want to stay caught up with all shows on a network. I’m more likely to watch CBS shows live since they’re not on Hulu and I hate CBS’s player. Also, crime shows and comedies are less likely to include spoilers in promos and/or online post-airing. I also took into account what it was like to fall behind on many of these shows this season, and how that effected my viewing. A few of these shows I watch live with my sister when we can, and others are talked about in the office where I work, so I like to stay current with those.

The Big Bang Theory, How I Met Your Mother, Arrow

Shows to watch within the week:

Once Upon a Time, Elementary, NCIS, NCIS: Los Angeles, Person of Interest, Community, The Vampire Diaries

Shows to watch when I can:

Shows I may abandon:

The Neighbors, Beauty and the Beast

That equals (adding in previous tiers as I go): 2 hours of immediate viewing, 8 1/2 hours within a week, 11 hours when I can, 14 hours eventually, and 15 1/2 hours of renewed television available for me to watch on broadcast networks every week.

So far, I have 66 1/2 hours’ worth of these shows to catch up with from this season, not to mention 27 hours of canceled ones. Let’s say each has aired 10 original episodes since I started my job in January. Adding back in the 2 hours of canceled shows, and we have 175 hours of original broadcast TV airing. I’ve fallen behind by close to half. And cable is even worse – I only watch Doctor Who consistently. Yes, I will probably have time to catch up this summer amid cable shows, but next fall?