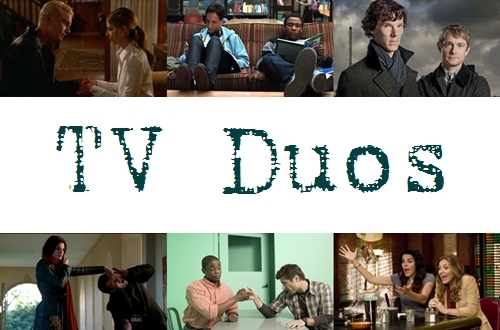 The first polls in our TV duos bracket launch tomorrow! For our first round (whittling our 64 duos down to 32), we’ll have two polls a day in one post, and they’ll be open for 3 days. Each poll will pit 2 pairs of TV characters against each other. The order in which contestants will face each other was determined by Random.org.

The pairs chosen for this list are comprised of classic TV duos, characters from shows this site has featured, and your nominations. Nearly half made it into the bracket thanks to our Wild Card poll, which helped settle debates about which character should be paired with whom.

Be sure to spread the word so your favorites will win their matchups! Fans have used Twitter, Facebook, Tumblr, forums, Reddit, blogs, and chatboxes to get the word out about past polls. Get creative!