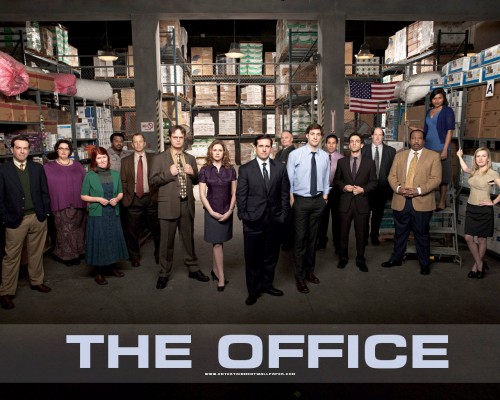 Watching the early episodes of The Office, I never really liked Michael Scott. I watched for Jim and Dwight’s pranks on each other, and Jim and Pam’s love story. Michael was simply just the annoying guy who always said and did the wrong thing.

As the show continued, I warmed to Michael’s character a bit. He still could make things as awkward as possible, but he did have moments (rare as they were) where he said exactly the right words at the right time. The rareness of those moments made them all the more brilliant.

While The Office’s sense of humor ranged from spot-on to not even worth of a groan, over the show’s seven seasons The Office has never failed to surprise me. It had perfect episodes that could keep you laughing every minute, and awkward ones that you never wanted to watch again. Most, however, were a mix of humor and cringing – which is why some people hate the show and others love it.

Amid most people’s strong emotions about the show, I feel a bit out of place having only a tentative warmness toward it. It doesn’t make my top ten favorite TV shows – maybe not even my top twenty. I’ll probably never own the DVDs, and I only occasionally rewatch episodes when I’m with friends. But I don’t think I’ll ever stop watching new episodes as long as the show keeps airing. After seven seasons with these characters, I don’t see how I could stop experiencing their lives.

When I heard that this season would be Michael Scott’s last, I immediately guessed that the writers would have him move away to be with Holly – so glad to be right about that! Those two are perfect for each other. I’m still waiting to see if my prediction of the new boss will come true as well.

I thought Steve Carell’s farewell episode was brilliant. (Spoilers ahead if you haven’t watched it yet!) I loved Michael’s recommendation letter for Dwight, and their paintball battle. I loved his fatherly advice to Erin. I love how Jim figured out Michael was leaving early, and their teary-eyed “plans” for a lunch that would never happen. I love that Pam made it just in time to say goodbye.

Without Michael Scott, The Office just won’t be the same.