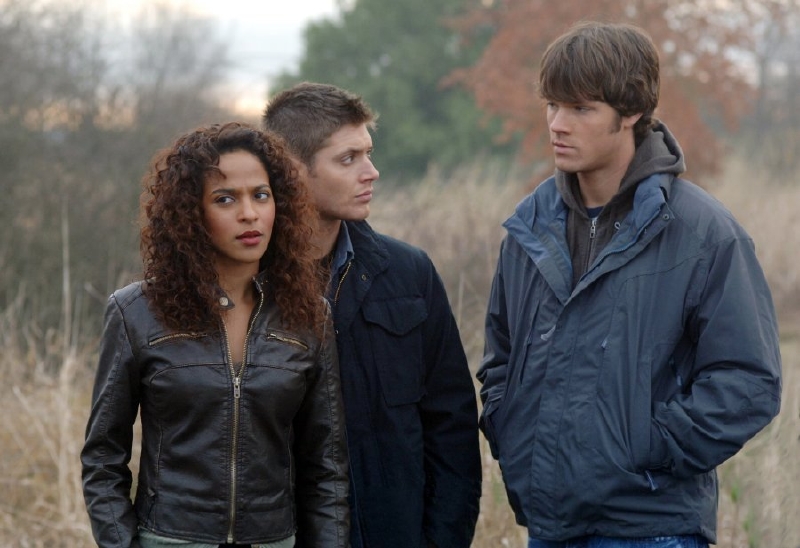 And after a couple of decent episodes, Supernatural returns to a ho-hum one. This time, we get a blast from Dean’s past when his old girlfriend calls him up about her father’s suspicious murder. It should have been a great episode, but it was hampered by the fact that there wasn’t much chemistry between Dean and Cassie.

The best part of the episode was Sam’s facial expressions. He played the teasing younger brother role to a T. And I loved Dean’s reaction to Sam’s confession that his plan (which involved using Dean as bait) was only a theory he thought would maybe work.

The title of this episode didn’t have much to do with a series of racially-motivated murders committed by a ghost truck. While three of the murders took place off of Route 6, the location didn’t have anything to do with them. They turned out to be all tied to a murder/cover-up from the 1960s.

While there were a few intense moments when vehicles or people were being chased down by the truck, in all the episode didn’t have a creepy feel to it. It also seemed pretty standalone, with no references to the traumatic events of the previous episode. And since it looks like Cassie never shows up again on the show, there won’t be much if any impact on future episodes.

I’ve gotten far enough into the show that one episode like this isn’t going to make me put the show on the back burner, but after the past two episodes I was hoping for something better. Only nine more episodes left until season two (which I’ve heard really improves the show)!

One thought on “Supernatural – Route 666”