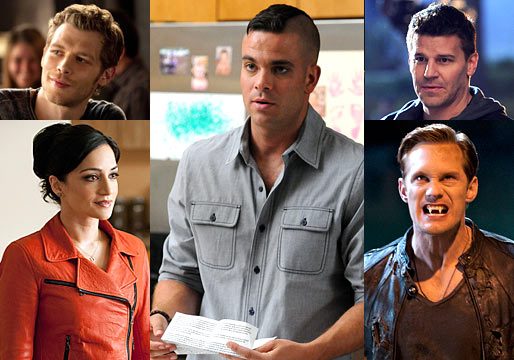 Another spoiler post, this one full of news about shows I love! Some highlights:

Those hoping for some Finder action on Bones aren’t crazy: Don’t think the thought hasn’t crossed the mind of the man in charge of both shows. “I would love that so much,” says Hanson. “But you would have to make sure it wasn’t self-indulgent. And I don’t have a sense right now how much the Bones audience would like to see that. And I don’t know if the Finder audience would want it to happen. But I personally think it would be great.” Hanson concedes that he’s still “exceedingly depressed” about The Finder‘s cancellation, confessing, “It’s hard to let go.” He also says that after some “initial wariness,” the Bones cast warmed up to “the Finder upstarts,” adding, “They all became very fond of each other. David [Boreanaz] really liked working with Geoff [Stults]. They got along terrifically well, so it would be fun to have them on [Bones].”

White Collar’s Sara Ellis will be in several episodes of season 4, but she won’t be a regular cast member (yay!).

Once Upon a Time will pick up right where it left off, and be on the lookout for more Disney princesses getting their stories told!

More spoilers at the link below:

Glee Season 4 Spoilers — True Blood, Once Upon a Time and More! – TVLine.

One thought on “Spoilers for True Blood, Once Upon a Time, Bones, and More! – TVLine”