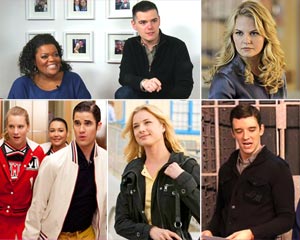 TV Line, probably my all time favorite TV news site (as you can probably tell by all the times I’ve linked to it!), has just started a new feature – a web series entitled Spoiler Alert! This debut episode is chock full of  laughter, fun clips, and speculation about TV shows.

But beware: the title is true. This web series has plenty of spoilers! Since I don’t watch Revenge I have no clue how bad the spoilers are for that, but for other shows it seems to be pretty mild IF you’re caught up (especially for Once Upon a Time). Guest Yvette Nicole Brown dishes on Community and acts out a future scene from Downton Abbey (looks like the big spoiler in that was edited out, so no worries about watching) with Ugly Betty’s Michael Urie.