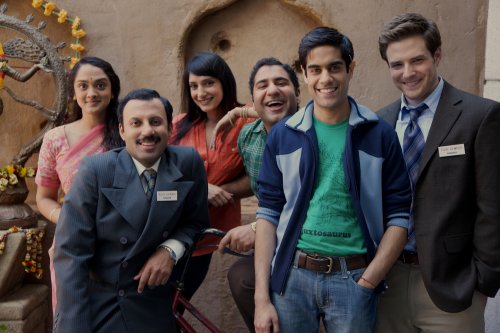 The Indian/American culture clash that this show is built on is heightened by the type of call center Todd Dempsey comes to India to run. They sell American novelty items, and so the employees have to understand American culture to be able to sell them well. So instead of Todd just gradually becoming more familiar with India, the culture clash goes both ways.

This does end up making the show a bit more raunchy than most I watch. Fellow “fish out of water” call center managers Tonya and Charlie don’t help things, either. The type of humor and the workplace setting does make this a bit of “The Office – in India!” (it even followed The Office on NBC originally) and Todd tends be an affable blend of Michael Scott and Jim Halpert.

The show has gotten a bit of bad rep for being racist, but I don’t think it is. Outsourced makes fun of America and India, and in the end, respects and celebrates both cultures.

And the diverse selection of vibrant characters also make the show a joy to watch. Outrageous Gupta steals every scene he’s in, Rajiv adds much needed backbone to episodes, and shy Madhuri has many unexpected talents.

Here’s hoping NBC decides to bring the show back for a second season!