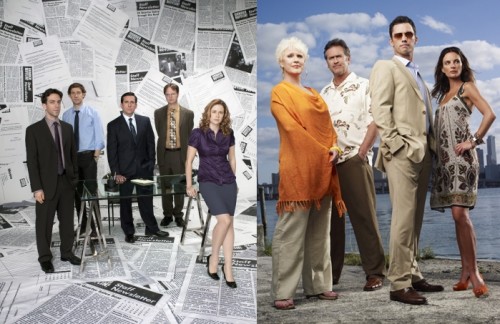 The Office -A mockumentary on a group of typical office workers, where the workday consists of ego clashes, inappropriate behavior, and tedium. Based on the hit BBC series.

Burn Notice – After he’s set up and fired from the CIA, a special ops agent puts his training to use by doing a variety of dangerous and undercover jobs for people as he tries to figure out who betrayed him.

Workplace comedy or action and explosions? As always, it’s up to you!

3 thoughts on “March Madness: The Office vs. Burn Notice”