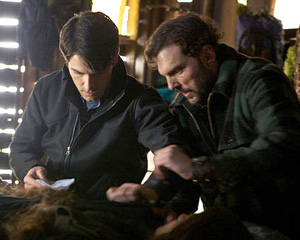 By watching the ratings, I was pretty sure this show would get renewed, but it’s nice to see the early pickup. With Chuck ending this year, the only other veteran shows I watched on NBC were Community and The Office. Now there’s Grimm, Smash, and Awake. In fact, NBC was the only channel I watched last night!