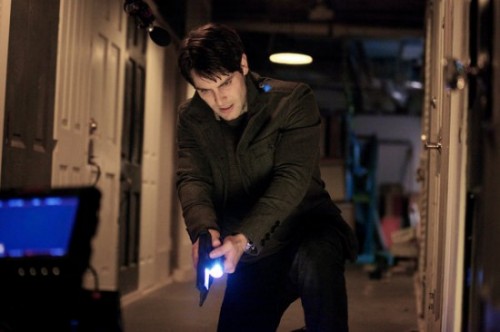 Finally got caught up with some of last week’s shows, including this Grimm episode, so I finally got to read Ruth’s review (linked below). Having never read Of Mice and Men, any parallels to that story were lost on me, but I still enjoyed the episode. It did bug me that the lawyer living in such a dump was never explained – I was ready for Nick and Hank to ask him about it. Oh, well, maybe he just put all his money into his sweet ride.

I’m pretty curious how things are going to play out with both Monroe and Juliette. And I’m wondering how long this episode was after the previous one – Nick was pretty beat up, and now seems perfectly fine crawling through tunnels and whatnot. Unless advanced healing is part of the Grimm package (which Juliette would be curious about), it seems like it should be at least a month later, though I’m not sure the creature community would have waited that long to send Monroe a message (assuming that it’s because of Monroe’s more active role in the previous episode).