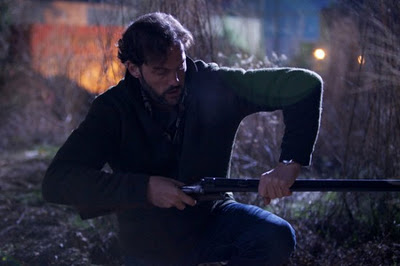 I was thinking about reviewing this awesome episode of Grimm, but Ruth Anderson already did a great job of it. Though I did wonder why Nick felt like he had to keep his friendship with Monroe a secret from Hank. Sure, they don’t seem to have much in common (though really, what are Nick’s hobbies?), but no reason not to let Hank know they’ve had a few beers together.

The look on Monroe’s face after he shot the ogre makes me wonder if this whole “helping a Grimm” thing is getting to him. After all, he’s helping get rid of creatures who, while not exactly his allies, still have a lot in common with him.