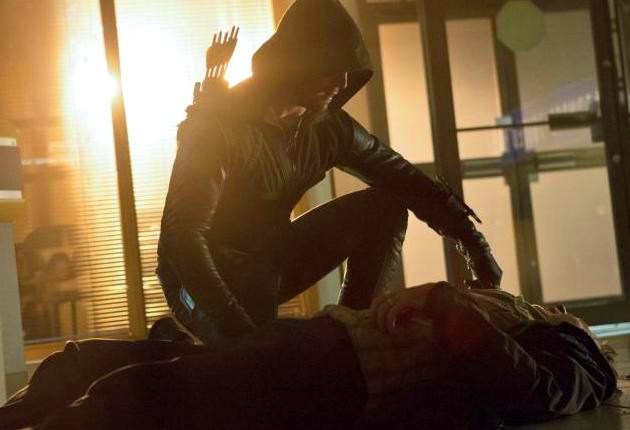 Maybe it was just the fact that the video kept stuttering as I tried to watch this episode, but “Legacies” didn’t pull me into the world of Arrow as easily as the other episodes did.

Our time on the island was pretty limited this week, and almost all of it was a hallucination/dream Oliver had of his father while trapped in the cave. I wish we could have seen more of Mr. Queen before the shipwreck, to see the father/son connection that is driving Oliver so strongly to fulfill his father’s dying wish. The one real thing we got from the flashback was Oliver figuring out that the blank book wasn’t really blank.

This week, it was Diggle who picked the bad guys to take down – the bank-robbing Royal Flush Gang, who just shot a cop during their latest heist. Oliver was a bit reluctant to deveate from his father’s list, but once he found out (with Felicity’s help – I can’t wait until she becomes a full-fledged member of Oliver’s inner circle) that his father’s decision to close a plant caused the family of four to turn to crime, he was determined to make things right. I recognized the father/leader (Currie Graham) from his guest appearances on NCIS: Los Angeles, Grimm, and Castle, but the hotheaded son (Kyle Schmid) was even more familiar, having played Henry on the North American Being Human; he also stars in Copper.

I enjoyed the steps that Oliver took to reconnect with his mother, even though they were a bit cliche – always being pulled away at the worst time, and rich folks slumming it at a burger joint. I did love Oliver and Thea’s reaction to the visit of the “perfect kid” from their growing up years – and it was cool to see Alphas’ Warren Christie again.

We finally got to see more Tommy in this episode, and two things were tackled head-on: he’s going to do his best to be worthy of Laurel, and Thea has a huge crush on him, while he only views her as a kid sister. Though I really like Tommy and Thea together, I can’t help feeling she needs someone a bit more steady to help tame her wild ways, like Diggle. I do love how all of the characters seem to come to Thea for relationship advice.

In all, I’m enjoying how the show is settling in, and I look forward to Oliver’s progression from vigilante to hero. 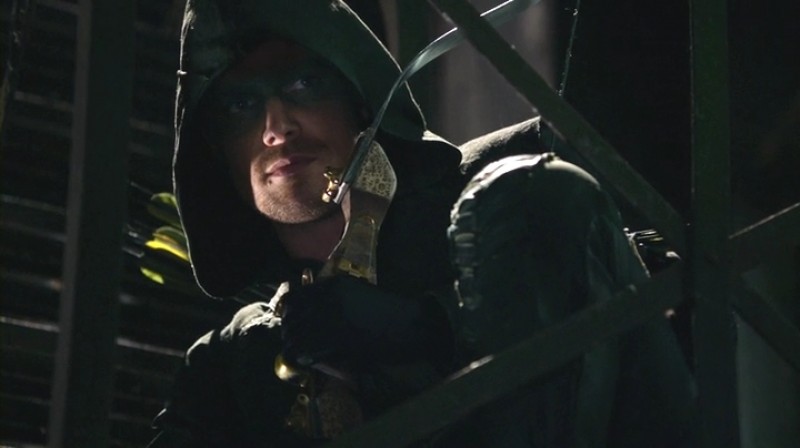