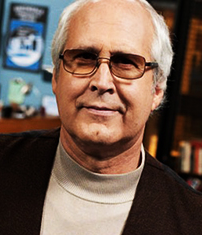 The Greendale seven will become the Greendale six. Chevy Chase is leaving Community, effective immediately. The show has filmed at least 11 of its 13-episode order for this season, including the season finale (since they shot it out of order), so Pierce Hawthorne will still be around for most of season four.

Pierce might have been my least favorite character of the main seven, but I still can’t imagine the show without him!