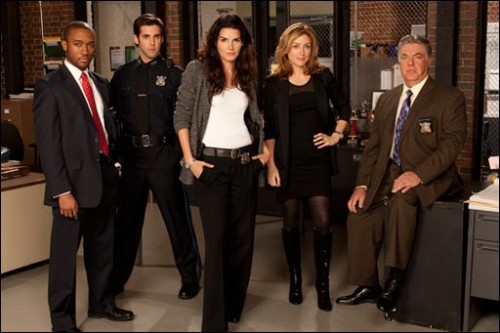 I watch too much crime drama, so last summer I was reluctant to jump into Rizzoli & Isles. But since there were few shows airing new episodes during the summer, and since Sasha Alexander (Kate from the early seasons of NCIS) was one of the co-stars, I decided to give it a try.

The 10-episode first season was great. Pairing two very different characters together to solve crimes has been done way too many times, but when it’s done well, it works. Rizzoli & Isles has the unique twist of having the duo be two females, instead the usual man and woman (Bones, Castle, etc.) or two guys (Psych, White Collar). Boston was also a fresh setting, for me at least.

The first season had a great mix of conflicts – Rizzoli dealing with both her past and present with the murderous Hoyt, crazy fun Italian family issues, and breaking in a new partner while still working with her old one; Isles with uncovering secrets about her past and naivety about certain situations. The show had some great guest stars too – in fact, Donnie Wahlberg’s character in a few episodes directly influenced me trying out Blue Bloods that fall.

But so far, the second season has bored me. The drama has felt overwrought, and none of the episodes that have aired so far has gripped me. It must be still doing well as far as viewers go, since TNT just ordered a 13-episode third season, but I’m not sure I’ll keep watching. I’ll probably finish out this season at least, especially since late August and early September will be a bit empty as far as new episodes go. I’m still hoping the show will pick back up, since it has a good cast and did so well in season one.