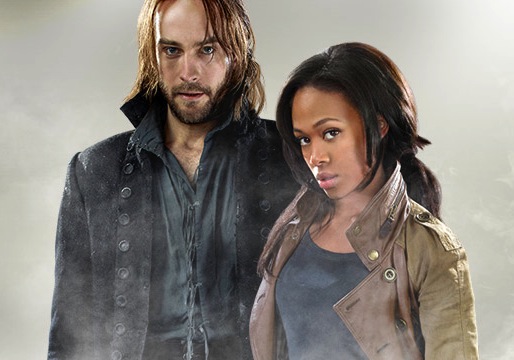 Fall TV season has begun, and I have returned to blogging about it! Right now we’re halfway through premiere week (with Fox getting a jump on other broadcast channels by premiering most of its shows a week early), so I thought it would be a great time to see how the fall season is shaping up so far. Besides, Wednesdays are my “light” TV night, so I have a bit of time to catch up and share!

One of the most-talked about new shows is Marvel’s Agents of SHIELD, and the pilot did not disappoint! To be honest, I love all of Whedon’s TV shows, so the only thing I was a bit nervous about going in was the cast, since most of them are newbies. Still not sold on Chloe Bennet, who plays Skye, and Brett Dalton has a difficult job getting people to relate to his stoic character, Ward (though the Granny bit helped – wish they’d had time to show more of that scene). I think the show unveiling of characters will make the show better, I just hope people won’t get impatient and tune out. For me, as soon as the truth serum shot happened, I knew this was my show.

Brooklyn Nine-Nine’s promo bumped it to my “will watch” list and made it one of my top 3 anticipated comedies of the season, which made the fact that the first two episodes weren’t funny at all that much more disappointing. I could forgive the pilot, since the promo gave away all of the episode, but the second episode was even less funny. I may give the show one more episode to win me over, since it has so much potential, but otherwise, farewell.

Sleepy Hollow was on my to-try list, but recommendations from friends and a high premiere rating made me make checking out the pilot a high priority. So glad I did! After catching up on Grimm, I was in the mood for another spooky/cop show, and I love stories about the American Revolution. Tom Mison is pitch-perfect as the fish-out-of-water Crane, and I’m quickly warming up to the rest of the cast.

As well as marathoning through Grimm, I recently caught up Bones, Castle, The Neighbors, and Suburgatory to prepare for their next seasons. Unfortunately, that meant that I was spoiled about many events in season finales, but at least I don’t have to wait as long for resolution to the cliffhangers.

For shows that have already returned, here’s a few quick thoughts: How I Met Your Mother is poised to deliver an amazing final season, with a likeable and perfect-for-Ted mother. Can’t imagine what NCIS will be like without Ziva, and hated that half of her farewell didn’t even include her. Liking what Bones is doing with the new season, not sure about Castle. New Girl and The Mindy Project feel a touch off, waiting to see what the continued fall out is from major events. NCIS: Los Angeles seems to be back to normal, excluding Deeks, and Person of Interest looks like it will be a ton of fun this year.

What are your thoughts on this season of TV so far?