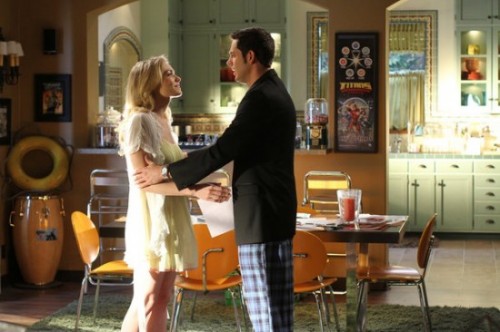 Spoiler alert: If you have not yet seen the season 4 finale of Chuck, you’ll want to do that before you read any further.

The penultimate episode of this season would have been far more traumatic if they hadn’t played a promo that showed Sarah alive and, not exactly well, but hanging on. Even worse of a spoiler was the clip of the wedding. The device seemed to kill instantly when it was used previously, but it could have simply knocked them unconscious (they were referred to as dead, though).

The quest for the antidote kept the finale moving at a brisk pace, and Chuck doing everything he could to save Sarah made this a nice counterpart to episode 9 of this season (Chuck Versus Phase Three), when Sarah did everything she could to save Chuck. I loved seeing Volkoff return to his former self, and I hope he will show up in at least a few episodes of season 5.

And Chuck lost the Intersect again, which I think was a good move by the writers. Chuck is a great spy without it. He’s picked up some combat and undercover skills, he’s great at planning missions, and his interpersonal skills have saved the day countless times. He can easily lead the group.

Morgan having the Intersect should make season 5 a hoot. Many comments on Hulu seemed to hate the idea, but I think it allows the show to explore new paths while also paying homage to season 1. I’m curious how Alex will take the news, and how the team will change with Morgan going from sidekick to both muscle and research.

Season 5 will be the final one for Chuck, and it feels a bit sad but right (though I’m hopeful they’ll extend the 13-episode order to a full season). The show has had a great run, but the original core elements are coming full circle. Chuck and Sarah are happily married, and I don’t want their relationship to mess up just to create conflict for future episodes. The fish-out-of-water aspect of an ordinary guy being thrust in the spy life doesn’t exist for Chuck anymore – he is comfortable with who he is and what he does (but that aspect will get a fun twist with Morgan next season).

The hints at next season’s mission make it seem like one that will tie the entire show together – fitting for a final season. And the mention of Steve Bartowski makes me think I may be right about him still being alive. 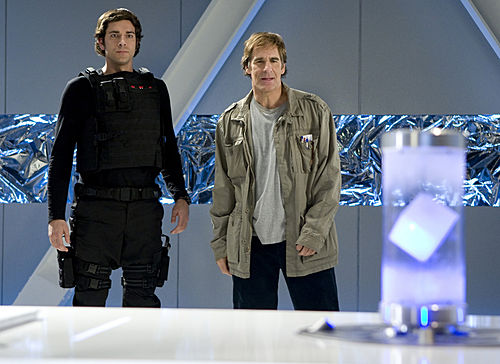 Warning: This post may contain spoilers, up to Chuck season 4, episode 10.

Okay, I don’t know about you all, but I’m not sure that Chuck’s dad is dead. I mean, they killed him in the same building that was used to bring Daniel Shaw back after being shot. And it makes sense that the Ring would want him alive, with all of his knowledge and abilities. The only reason he was killed was to disable Chuck.

I’m curious where the show’s going to go now that Chuck has the intersect working again. Was it just me, or was the line, “I know kung fu . . . again!” extremely cheesy? I think they could have gone a few more episodes before bringing Chuck’s abilities back. I’m interested in knowing what Chuck would have been doing for the CIA without the intersect, as Beckman mentioned.