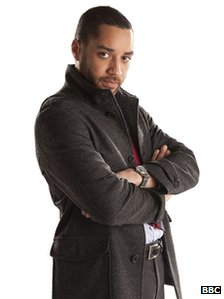 The TARDIS is getting a new occupant! Samuel Anderson is joining Doctor Who on a reoccurring basis for series 8. His character’s name is Danny Pink, and he’s a teacher at Coal Hill School, where we saw Clara teaching at the beginning of the anniversary episode.

I’m pretty excited by this bit of casting news, probably the best I’ve heard since David and Billie were announced to be back for the special. Glad to see there will be a young guy around to help us transition to an older Doctor! Might there be a bit of romance in the air for Clara? I don’t know if this photo indicates Pink’s look or not, but if so, I highly approve!

More details at the link below: